Enjoy all of my reenactment galleries as each event is a cherished memory. While all the pictures are important to me, some of the people I met [as seen below] truly made an impact on my life.

When you get ole Marines together, picture taking is obligatory. Ted Alexander, on the left, is the historian at the Antietam National Military Park. Ed Bearss, center, is the 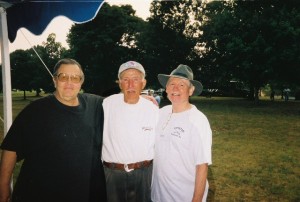 Historian Emeritus for the National Park Service. The occasion was a seminar that Ted organized about the Battle of Antietam in July 2007. It was fabulous. There were lecturers and it was a privilege to follow him around the battlefield to hear his explanation of what happened on the fateful day of September 17, 1862. I believe it was during this seminar that Ted and I found out we were both in Nam in 1969 and possible had actually talked together over the radio. Ed of course is a veteran of World War II. I had more fun, learned more, and got to go to more unique places on the battlefield at this seminar than any other seminar I’ve attended. 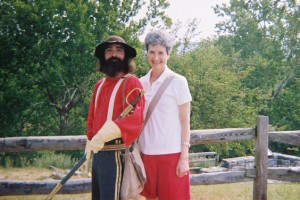 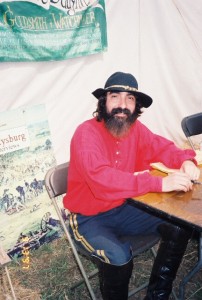 At the 135th Anniversary Reenactment of the Battle of Antietam, some of the actors in the movie “Gettysburg,” made appearances during the weekend of September 13, 1997. One of the actors was Patrick Falci, who portrayed A.P. Hill, in the 1992 movie. He is a very gracious person and allowed my wife, Nancy, to take his picture. His resemblance to A.P. Hill is uncanny. Falci has made a career of portraying A.P. Hill and appears at seminars and group meetings nationwide. At a 2007 seminar on Antietam, Falci gave a lecture on A.P. Hill and took us on a tour of the battlefield where Hill’s division saved the day with its attack on the Union’s left flank. He is our favorite actor in the movie, “Gettysburg.”